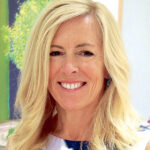 Tricia Everest is an attorney, nonprofit founder and philanthropist who is an Oklahoma native and 4th generation Oklahoman.  She received her Bachelor of Science from Vanderbilt University, her juris Doctor from the University of Oklahoma School of Law, and an Honorary Doctorate in Humanities from Oklahoma City University. She was appointed as the Secretary of Public Safety by Governor Stitt on March 22, 2021.  Her professional law career led her to serve the State of Oklahoma as Assistant Attorney General from 2004 to 2010.  Everest has also played an integral role as the founding chair of Palomar, OKC’s Family Justice Center, which removes barriers for abuse victims to access the services they need.  Additionally, she was the founding chair of ReMerge, which diverts mothers from prison and empowers them to build healthy foundations for themselves and their children.