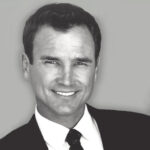 Sean O’ Grady is the former World Boxing Association (WBA) Lightweight Champion of the World. The son of boxing trainer Pat O’ Grady and boxing promoter Jean O’ Grady, Sean moved around a lot when he was a younger kid, but his family settled in Oklahoma City, when he was 11 years old. O’ Grady had a record of 81 wins and 5 losses as a professional boxer, with 70 wins by knockout, making him a member of the exclusive group of boxers with 50 or more career knockout wins. In addition to being a world champion, O’ Grady is also a college graduate, boxing analyst, television personality, actor and former teen idol across the United States Midwest.